I wanted to do something a bit special for today's Thought, so I took a bit more time on it. Hopefully it comes across in the way I intended. Thanks for reading, gang. 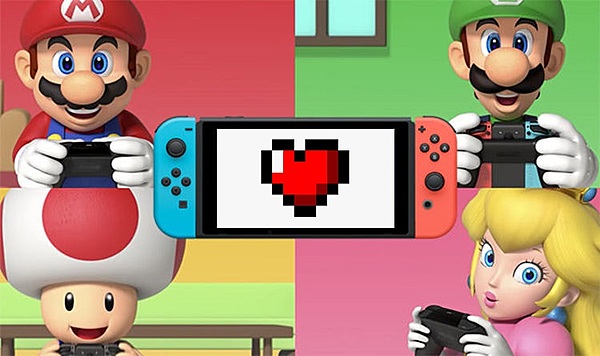 Having fun is an important part of life. Some people think of fun as a waste of time and energy, but many others realize fun isn't just something that whittles away time, but a crucial aspect of a healthy life. Having hobbies and other areas of enjoyment help to keep our minds active in ways that work doesn't, and also provides a way for us to mentally heal. Yes, it's very important to tackle work tasks like school, jobs, and family chores, but it's equally important to have a way to release.

Many people in the world need that release right now due to the pandemic we're facing. Millions are spending all day/night inside their homes in order to not only keep their families safe, but also keep their fellow man/woman safe as well. It's certainly a sad situation to have happen, but seeing so many people willing to make sacrifice to help family, friends, and neighbors alike is a beautiful thing.

People, as social creatures, are used to getting out and about a few times during the week. Most of us have face-to-face interactions with co-workers, friends, family, and so on. When you're dealing with a situation like the one we're in, you very quickly realize how much you value those interactions. Whether it's a family gathering filled with laughs or a quick chat at work around the water cooler, all of it helps to feed the soul. We obviously can't get that interaction in the way we normally would right now, but gaming is providing a way for many to fill the void.

Those who play video games have always known them to be a very social activity. That goes for local multiplayer or online interactions. Joining up with friends and family for a bit of gaming fun can create long-lasting memories that you'll cherish forever. I know I have a near endless well of gaming memories that I pull upon, and also fuel me as a fan of video games. I love playing games in general, but I truly adore talking about them with others, and playing alongside them.

In these last couple of weeks, those who play video games often and those who don't are coming together to get some much-needed social interaction through games. We're all dealing with the impact of this pandemic right now, but while we're hunkering down at home, a couple hours playing a game online with those we care about can help your mind take a break. A sullen situation quickly turns into one filled with smiles, laughter, and happiness in general. It's really amazing how much that gaming boost can do for your overall feeling and mood.

I've been taking part in social gaming lately as well. I always play games with others, but I'm usually enjoying local multiplayer. That's not really an option right now, so I've been hopping online with friends to get some gaming time in. With all my friends hanging at home for self quarantine, we all have a bit more free time on our hands. We're using that to hop online and play some games, and just have fun.

While we're going to be dabbling in other games going forward, we're actually playing a lot of Friday the 13th: The Game Ultimate Slasher Edition. I feel like it's a perfect type of game to play in this circumstance. First off, it forces you to work with your friends to achieve a shared goal. Along with that, the game is just ridiculously over-the-top in all the best ways possible. There's nothing quite like an 80s-style slasher that'll make you chuckle uncontrollably, especially when you throw your friends in there for the backdrop.

My fiance has been playing games as well, and she's on the completely other end of the spectrum. Not surprisingly, she's been going full-steam ahead at Animal Crossing: New Horizons. The best part is, she's been gathering with tons of family through the game. She's enjoying island life with a bunch of my cousins, as they all gather to check out each other's islands, trade some fruit, and just virtually hang out. Everyone's been using the Switch Online app for voice chat as well, which adds in a whole new layer of interaction. Honestly, it's been a really beautiful thing to see.

Even if you're dealing with the current situation with no troubles at all, or at least you think you're hanging in there, it's still a great time to get online and game. You have friends and family members who might be really struggling with the issues we're facing right now, and they could really do with a bit of love from someone they know. Reach out and hit them up for a game of anything. Whatever platforms you have, whatever games you like, it really doesn't matter. It's all about giving everyone we know a much-needed boost, and making great memories.

For those you know, and yourself as well, make sure you're hanging in there as best as possible. That includes both mentally and physically. Do what you can to lift your spirits, and don't be afraid to reach out to friends/family for help. You'd be surprised what a few rounds of online gaming can do.

This was a great read. Thank you for this. Some people criticize me for playing games and “not growing up” but to me, this far beyond that. I’ve always loved games and the stories they come with it. I use games to decompress from a hard day at work or just from every day life stress. Some people even say I “waste” my time and money on games. This is my hobby and I love it. It’s the same as someone collecting sneakers, make up, fishing, etc. each person has their own hobby and enjoys it and no one should criticize what they love to do with their time.

These written words of yours are just what I needed... Thank you

This was a great read. Thank you for this. Some people criticize me for playing games and “not growing up” but to me, this far beyond that. I’ve always loved games and the stories they come with it. I use games to decompress from a hard day at work or just from every day life stress. Some people even say I “waste” my time and money on games. This is my hobby and I love it. It’s the same as someone collecting sneakers, make up, fishing, etc. each person has their own hobby and enjoys it and no one should criticize what they love to do with their time.

I like that quote that you have said: "Time enjoyed is not time wasted"

Since I believe is also a responsible statement in regards to gaming. If you're enjoying a game and having fun, versus working your way to plow through it or do repetitive tasks beyond the point of it being leisure or fun.

I'm not sure how I would be dealing with everything, emotionally, right now if not for Animal Crossing. My wife and I have both been junking out on our switches, visiting each other's islands, sending items by mail, creating a million inside jokes.. it has helped calm my nerves immensely. Anytime I'm away from AC, I check the news, check twitter and look at the outbreak map.. then, I immediately go back into the game. I must. It's a warm bed on a cold bitter morning.

The Way Remastered available for $1
May 29, 19:53 by enthropy
Final Fantasy Crystal Chronicles: Remastered Edition to include an "Imitate" system, plus other new features
May 29, 19:32 by rawmeatcowboy
Pokemon News Round-Up: Pokemon Center/Store/Cafe reopenings, "Have Fun at Home" website, and new plush dolls
May 29, 18:05 by autumnalblake
Episode 3 of "Talking Games With Reggie And Harold" to feature an interview with Geoff Keighley
May 29, 17:45 by smasher89
Saber Interactive says Switch owners will be "surprised at some of the upcoming titles"
May 29, 17:32 by kendricklamario
Amazon France adds a placeholder listing for a game from Konami on Switch
May 29, 17:32 by rockyeahh